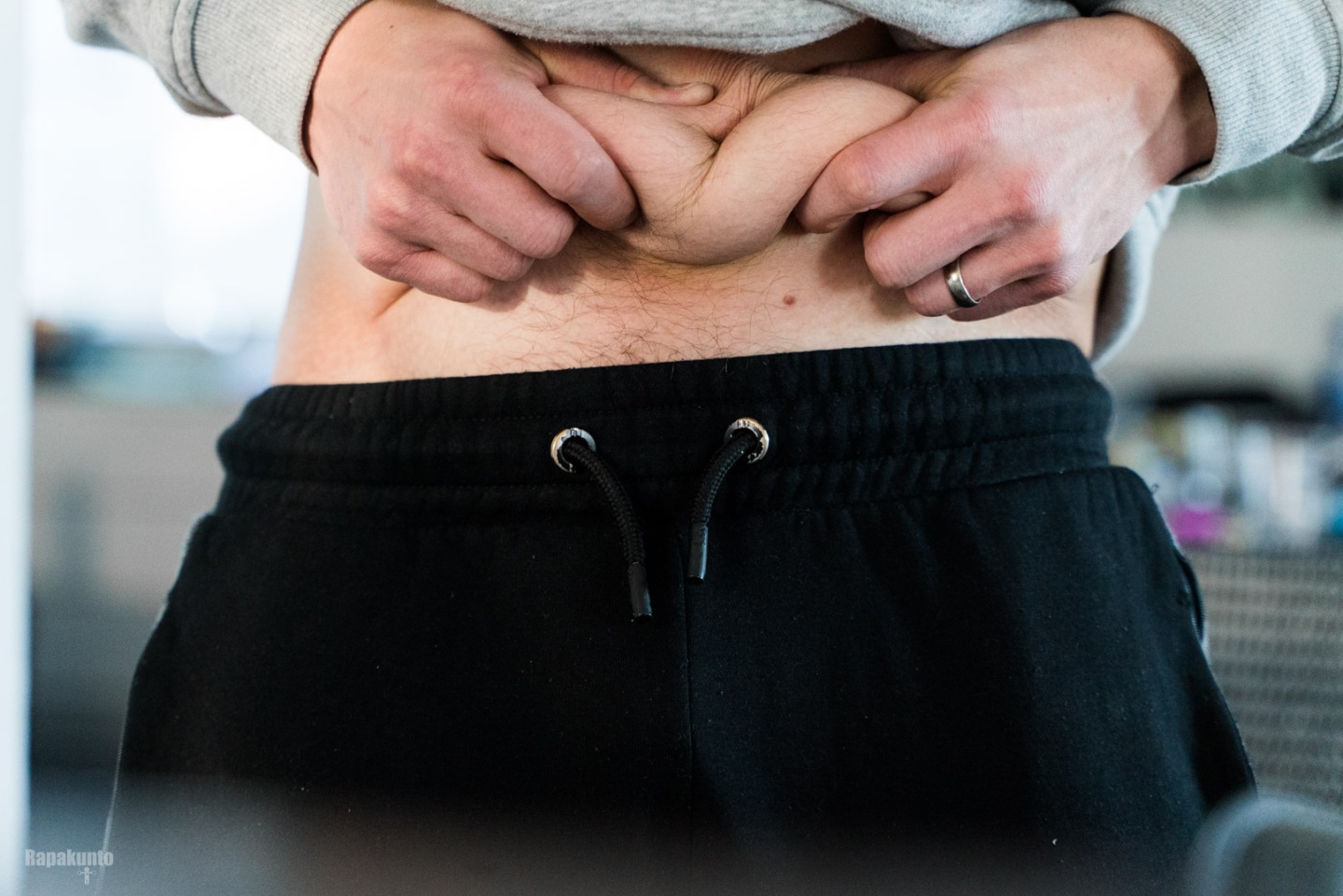 Why are we getting fat?

I have recently studied human metabolism from many angles because I think it is an extremely interesting topic. Metabolism as a whole is a broad concept, and the subject can be studied in great depth and detail if you wish. One thing that particularly interests me about metabolism is why some people gain weight more easily than others. What happens there “under the hood” when fat starts to accumulate and whether is a calorie always a calorie, no matter what source it comes from. What can science say about it and why do we gain weight in the first place? What affects obesity and is it just a bad thing?

In this article, I will try to find answers to these questions, among other things, so here’s a little dissemination of information for those interested in it!

Obesity is generally seen as an unhealthy and bad thing. This is mainly because being overweight very often brings many unwanted side effects such as high blood pressure, high triglycerides, and high blood sugar – symptoms associated with metabolic syndrome. Before looking at the storage of fat in the human body, it is good to think about it from a broader perspective – in terms of evolution. Namely, the accumulation of fat has a sensible biological cause which is very important for survival.

Under normal conditions, all animals are very precise in regulating their weight – they keep their weight steady and low in fat, no matter how much food is available. However, the animals are able to sense situations where access to food becomes more difficult (winter, nesting, migratory birds, etc.) and begin to forage for food. This leads to a significant weight gain which helps the animals to survive for the future. Hereinafter, this phenomenon is called “survival instinct”. What is interesting here is that the accumulation of fat brings with it all the same symptoms of metabolic syndrome in animals as in humans. In nature, metabolic syndrome is not a disease but a completely normal thing to survive. (1)

A good example is a hummingbird – that seemingly lean and a witty bird. They are able to flutter their wings almost 80 times per second, with a heart rate of 500 beats per minute and a respiratory rate of 250 breaths per minute. With these stats, the hummingbird owns one of the fastest metabolisms in the animal kingdom. This extremely fast metabolism also requires a huge amount of energy, which they get mainly from nectar (which consists mainly of glucose and fructose). Hummingbirds can drink this sweet nectar up to four times their own weight during the day. That’s pretty much “Coca-cola” for one guy. This results in a significant weight gain and in the evening 40% of its weight can be fat. Its liver is also significantly fatty and in addition, blood sugar rises really high. It’s funny to think that in the mornings that fit bird is in the evenings an overweight diabetic. (2)

However, hummingbirds never develop complications associated with diabetes. Why? This is because it burns all the stored energy during the night. By morning, there is only memory left of fatty liver, diabetes and being overweight. The same phenomenon happens to bears who hibernate, for example – with the difference that the time span is much longer. About a couple of months before hibernation, bears start collecting a lot of fat for the winter, eating up to 20,000 kcal a day. During the day, it can gain several extra pounds. The bear’s metabolism slows down even before winter so it burns less fat and thus it is also easier to collect it.

It should be mentioned that fat storage has also another vital feature for many animals. When the fat burns and is broken down, water is formed as a by-product of this combustion. For this reason, bears, for example, do not have to get wake up to drink in the winter and migratory birds can fly non-stop for long distances without drinking.

So there is a good and sensible reason for fat accumulation…

It is widely believed that there are so many overweight people today because food is cheaper, readily available, and much of the food industry’s products are poor in nutrients and rich in energy. At the same time, exercise has been significantly reduced and more life-saving gadgets are being invented every day. Food can be ordered at home 24/7 which makes overeating easy. The equation is easy math – eat more than you consume and boom, you’ll be fat in no time.

However, there is a significant flaw in this line of thinking. The mistake is not in the conclusion, because it is true, of course – it must be consumed and eaten in the right proportions in order to be able to control weight. The mistake is more that this way of thinking blames individuals for poor eating habits, laziness, and lack of self-discipline. However, there is a much bigger biological background process. The reason for overeating is due to the simple reason that most, especially overweight and obese people are hungrier than normal because they do not experience a feeling of satiety after eating. Under normal circumstances, a hormone called leptin tells the brain when enough has been eaten. Obese people tend to respond poorly to leptin signaling, and in this case, we speak of leptin resistance. Overweight people also do not burn fat as efficiently as leaner individuals and for this reason, more adipose tissue can be formed. This results in the storage fat not being converted to more readily available energy, or ATP (adenosine triphosphate). The cells in the body sense when ATP stores are depleted and interpret that as an emergency. This leads to a feeling of hunger, which leads to further eating.

This is exactly the same mechanism that is activated in an animal preparing for hibernation (such as the bear example mentioned earlier). So for some reason, many people are constantly preparing for a winter that never comes – unlike hummingbirds or hibernating animals, where falling asleep removes the accumulated fat and all the side effects it brings.

This makes you wonder, wouldn’t be great if that spiral could be stopped?

Until now, science has not been able to unanimously say what activates this survival instinct and the subsequent “fat mode”. The topic has been studied by Richard Johnson, a widely respected professor of medicine. He has published a huge number of peer-reviewed studies in prestigious scientific publications. Richard is able to stand behind everything he says because there is research to support his claims, much of which he himself has done. These studies support the idea that the activation of the survival instinct is not due to weather or other environmental factors but to what the animals eat. More specifically, it is activated by a specific nutrient: fructose. (3)

(You should check out an article I wrote about fructose metabolism. It’s worth reading – it’s an interesting shit.)

It should come as no surprise that the same laws apply to both animals and humans. Unfortunately, fructose is not the only thing that affects the process. Important factors are also dehydration, alcohol, and foods with a high glycemic index that can turn the “fat mode” on – in the worst-case scenario, all four at the same time. (Editor’s note: To keep the article from running too long, I won’t go into these three more in detail in this post.)

Several studies show that fructose specifically can cause all the hallmarks of metabolic syndrome (including fatty liver). (4) One reason for this is that fructose causes leptin resistance, which was discussed above. (5)

So how does fructose do this?

The food eaten always goes either directly for energy (ATP) or is stored for later use (glycogen/adipose tissue). From adipose tissue, energy can be harnessed by converting it to ATP. What you may not have thought is that metabolizing food also requires energy or ATP. That is worthwhile because after processing the food, more ATP is available than consumed. With fructose, the situation is different – its metabolism consumes a lot of ATP and it doesn’t make more. Fructokinase rapidly breaks down fructose using ATP, which can significantly reduce ATP levels if a large amount of fructose is ingested. This also causes oxidative stress in the cells – more specifically in the mitochondria of the cell. This further complicates the ability of cells to produce ATP. (6)

When ATP levels in cells fall, the body treats it as an emergency that results in immediate hunger. This leads to eating because the body wants to restore energy levels. However, the ongoing oxidative stress in the cells results in a large portion of the calories being stored – in fat.

Nature has created a clever backup system that makes it possible to survive even in extreme conditions.

Sadly, in today’s world, this backup system has turned against us. Today, doing groceries, it is difficult to choose products without sugar – it has been added to everything. (Note: regular table sugar contains half glucose and half fructose ).

Remember, a small layer of fat is just a good thing. For example, you may also need to use stored fat due to illness – and if you’re not hungry, it is difficult to eat. Those with a low-fat percentage will very soon start burning muscle for energy if there is no stored fat. In these terms, that ripped bodybuilder you know from social media is not a mirror image of health. Therefore a small dose of fat is a good thing! Fat is only a problem when it begins to cause permanent problems, for example in the form of metabolic syndrome.

What thoughts did the article evoke? Would it be nice to hear a sequel to the story?

This site uses Akismet to reduce spam. Learn how your comment data is processed.